Even before we entered this darkest of winters, when Covid-19 is relentlessly causing more and more sickness and death — not to mention additional stress, isolation and economic pain — there was evidence suggesting that significantly more people have thought about ending their lives during the pandemic than in recent years. In August, the Centers for Disease Control and Prevention released the results of a nationwide survey conducted during the last week in June: More than 40 percent of those who responded reported symptoms of anxiety or depression or increased substance use, in addition to other struggles. And more than 10 percent said that they had seriously considered suicide in the past 30 days, compared with just over 4 percent who said the same thing in 2018 — and who were referring to suicidal ideation over the previous 12 months. “We want to know, who is most at risk from suicide in the pandemic,” says Paul Nestadt, a psychiatrist at the Johns Hopkins School of Medicine, who was not involved in the survey. And yet, he adds, “we won’t know until it’s mostly over.” That’s because it can take a year or two for the C.D.C. to collect and analyze national mortality data.

To try to get a sense of what might be happening now, Nestadt and colleagues looked at data from Maryland, a much smaller sample. The total number of suicide deaths from January to early July, 236, was actually lower than it was during the corresponding periods in the previous three years. When they looked at the data for Black and white suicide deaths separately, however, starkly different trends emerged. From March 5, when Maryland announced its first Covid cases and declared a statewide emergency, until May 7, when public spaces began to reopen, the number of suicide deaths among Black residents doubled compared with an average of the same period during the preceding three years; deaths among white residents fell by nearly half. Similar shifts have been observed in Connecticut and Chicago.

The data can’t say whether the pandemic or any other factor caused those changes. But these results highlight how the experiences of vulnerable groups can be missed unless researchers look for them specifically. As Sean Joe, who is the director of the Race and Opportunity Lab at Washington University in St. Louis and who studies suicide among Black people in the United States, puts it, “You can’t assume the overall trend describes what’s happening with all Americans.”

Suicide may be the most difficult human behavior to study. It’s relatively rare, meaning that mortality data can typically be broken down only into fairly broad ​categories — like race and gender — before the sample size possibly becomes too small to reveal clear patterns. Researchers can talk with people who have attempted suicide, but they may be categorically different from those who complete it. In the United States, women are more likely to attempt suicide, for instance, but men are more likely to die by it. Many more people contemplate suicide than act on those thoughts.

Novel ways of studying the behavior in experimental settings include giving participants the ability to choose suicide in virtual-reality simulations, which has been found safe. But to date, what we know about suicide comes primarily from in-depth psychiatric interviews with those close to the deceased and from national statistics. Such figures show that suicide rates over all have risen by about 30 percent in the United States during the past two decades. But an analysis of 50 years of research published in Psychological Bulletin in 2017 found that when it comes to warning signs that doctors or laypeople can use to determine whether someone is in imminent danger — mood changes, say, or a history of self-harm — “any risk factor that we thought might be particularly useful is only marginally better than a coin flip,” says Jessica Ribeiro, an author of the analysis and assistant professor of psychology at Florida State University. A similarly comprehensive 2020 analysis in the same journal by Ribeiro and her colleagues found that current interventions, including help lines, therapy, medicine and hospitalization, though they work for some, appear to reduce suicidal behavior by only about 9 percent across the board. 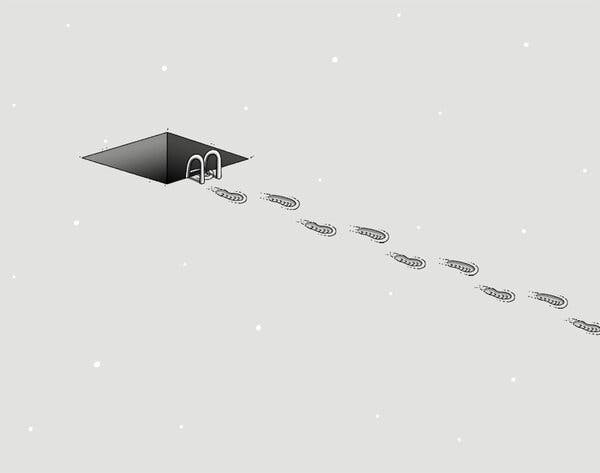 Looking at national data in more detail paints an even more complicated picture of those most at risk — and thus how to reach them. Among white Americans, men age 45 and older are most likely to die by suicide. Because white Americans have the country’s highest suicide rate, the aggregate data implies it’s a problem that largely affects older people. But among Black Americans, those most likely to die by suicide are men between 25 and 34. And while the age group most at risk has remained roughly the same for white people in recent decades, Sean Joe says, it has been getting “younger and younger” for Black people. In 2018, a study in JAMA Pediatrics found that suicide rates increased for Black children between 5 and 11 in the periods from 1993 to 1997 and from 2008 to 2012. The rate decreased for their white counterparts. “One of the myths that’s challenging is that children do not die by suicide,” Joe says. “And they do.”

The biggest question, and the hardest to answer, is why. What factors cause some persons to kill themselves when far more in the same demographic and living in similar conditions do not? There are many subgroups whose members have an elevated risk of suicide, including the L.G.B.T.Q. community, Native Americans, military personnel and people experiencing a psychiatric illness. And the disproportionate burden of Covid may have created — or illuminated — others. In the C.D.C. survey, more than 30 percent of those who identified as unpaid caregivers for adults said they had seriously considered suicide in the past month, almost three times the overall average; so did more than one in four 18-to-24-year-olds and more than one in five essential workers. But these sorts of categories are only “predictors,” not “causal mechanisms,” Ribeiro says. “We don’t know that it works differently.” The underlying causes of suicide are likely to be far more complex than statistical trends account for; rather, as with other complicated health problems, biology and environmental conditions make individuals in particular groups more vulnerable.

Studying the effect of Covid-19 on suicide rates could inform a longstanding scientific debate about the extent to which the behavior is driven by brain chemistry compared with external stressors. If Covid-19 increases suicidal behavior — there was a rise in suicide among older adults in Hong Kong in 2003, the year of the SARS outbreak — that might lend weight to the idea that socioeconomic pressures, like job loss or isolation, are key triggers. “But as with any scientific debate, the answer is always both,” Nestadt adds. “This is a multifactorial behavior.”

As confounding as that behavior remains, researchers do have strong evidence about some factors that could help protect those struggling during the pandemic. People shouldn’t be afraid to ask if a friend or loved one has considered suicide; doing so won’t plant the idea. Suicide is also surprisingly impulsive. A majority who decide to do it act within an hour, Nestadt says, and nearly a quarter act within five minutes. Not having access to a lethal weapon during that time greatly reduces the risk of death. In the United States, firearms are the most common means of suicide, and gun buying has surged over the past year. Getting rid of guns or making access to them harder would prevent more suicide deaths, as would more affordable and widely available mental health care.

Joe thinks we may not see the impact of the pandemic on suicide until vaccines have lessened the immediate dangers of the virus and Americans survey what they’ve lost: traditions, celebrations, jobs, loved ones. “All that complicated grief that’s been occurring, that’s what will hit America in the next year to 24 months,” he says. “And that’s what we have to watch out for. That we don’t have a behavioral health crisis following this Covid crisis and nobody’s preparing for it.”