ENGLISH clubs will find out their Champions League Group Stage opponents when the draw is made in Istanbul on Thursday.

Chelsea will be eager to see who they’ll begin their defence against, while Manchester United, City and Liverpool are set to be in the mix once again.

The four Premier League clubs are bound to be among the favourites.

But there will be tough tests along the way.

Chelsea find themselves in Pot 1 as reigning champions, alongside Prem winners Manchester City.

While Man United and Liverpool will be drawn from Pot 2.

The Blues and Man City may feel like they have an advantage, but Pots 1 and 2 are both full to the brim with dangerous opposition.

Thomas Tuchel’s side, as well as Pep Guardiola’s, could even draw the German’s former side Paris Saint-Germain from Pot 2. 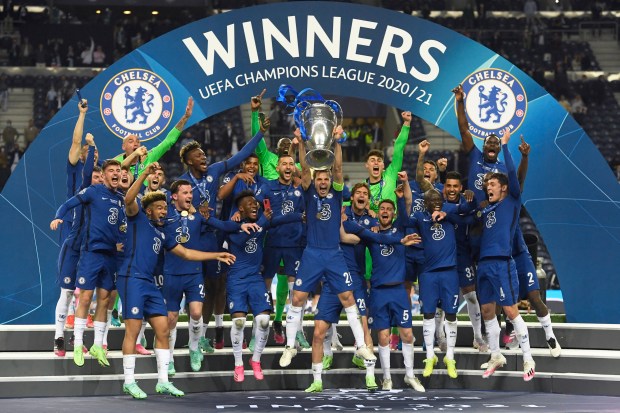 JOIN SUN VEGAS: GET A FREE £10 BONUS WITH 100s OF GAMES TO PLAY AND NO DEPOSIT REQUIRED (Ts&Cs apply)

And even if they avoid Lionel Messi and Co, Pot 2 is also stacked with the likes of Juventus, Barcelona, Real Madrid, Sevilla and another of Tuchel’s former sides Borussia Dortmund.

Man United and Liverpool, meanwhile, could face a daunting task in the form of Bayern Munich from Pot 1 – and will hope for one of Villarreal, Lille, Sporting Lisbon, Inter Milan or even Atletico Madrid instead.

Prem clubs will want to avoid the likes of Porto or Ajax from Pot 3, which is also provisionally set to feature RB Leipzig, Atalanta and Zenit St Petersburg.

Pot 4 is yet to be fully set with qualifiers still to be played – but none of the four English teams will want to face European giants AC Milan.

Club Brugge and Wolfsburg are also in Pot 4 – while they look likely to be joined by Moldovan minnows FC Sherrif, who are 3-0 up on Dinamo Zagreb in their qualifier, and PSV – if they can overturn their 2-1 deficit to Benfica.

If Shakhtar can consolidate their 1-0 lead over AS Monaco they will head into Pot 3, while the French side could go into Pots 3 or 4 depending on other results.

Brondby will enter Pot 4 if they beat Salzburg, while the Austrians would go into Pot 3 if they hold on to their 2-1 first-leg lead.

Meanwhile Malmo are 2-0 up on Ludogorets, with the winner set for Pot 4.

And Hungarians Ferencvaros will try and book a spot in Pot 4 by overturning a 3-2 deficit to Young Boys of Switzerland.