Those under consideration include such disparate figures as Sheldon Silver, the disgraced former New York Assembly speaker, and the rapper Lil Wayne, who pleaded guilty last month to a gun charge. Rudolph W. Giuliani says he does not expect one, and Stephen K. Bannon’s chances seem to have dimmed. Mixed in among the big names, low-level drug offenders are under consideration.

As President Trump enters the final hours of his term, he has been intently focused on who should benefit from his clemency power. Along with the White House counsel, Pat A. Cipollone, and advisers including Ivanka Trump and Jared Kushner, his daughter and son-in-law, Mr. Trump has spent days sifting through names and recommendations, assembling a list that officials say he intends to disclose on Tuesday, his last full day in office.

The size and precise composition of the list is still being determined, but it is likely to cover at least 60 pardons or commutations and perhaps more than 100. Already, Mr. Trump has been making calls to some of the recipients, people briefed about them said, and he held another meeting about the topic on Monday afternoon.

There are no plans for Mr. Trump to include a pardon for himself on the list to be released on Tuesday or for him to pre-emptively pardon his two adult sons, Donald Trump Jr. and Eric Trump, neither of whom has been charged with any wrongdoing, officials said. But Mr. Trump’s ultimate decision about pardoning himself and members of his family, they said, could remain an open question until noon on Wednesday, when his four-year tenure comes to an end.

Some of the pardons and commutations are likely to go to people whose supporters say they were given disproportionately long sentences or subject to other miscarriages of justice, or who have proven themselves rehabilitated. Mr. Kushner has been working with Alice Johnson, who became a national symbol of the movement to reduce what many in both parties view as excessive sentences for nonviolent drug crimes. Mr. Trump commuted her sentence and later granted Ms. Johnson a full pardon after she spoke at last year’s Republican National Convention.

But Mr. Trump has already made clear his willingness to use his clemency power on behalf of allies, supporters, people he perceives as victims of prosecutorial overreach and people who forge connections to him and his team.

Among those under consideration for a pardon or a commutation is Mr. Silver, who was convicted twice on corruption charges and sentenced to prison last summer, two people briefed on the discussions said.

Mr. Silver was prosecuted by Preet Bharara when he was the U.S. attorney for the Southern District of New York. Mr. Bharara was fired by Mr. Trump in 2017, and has since become an outspoken critic of the president’s handling of the Justice Department.

Others being considered for clemency include Lil Wayne, a Trump supporter who pleaded guilty last month to having illegally carried a gold-plated .45-caliber Glock handgun and ammunition as a felon while traveling on a private jet last year, according to people briefed on the discussions. He faces a sentence of up to 10 years. 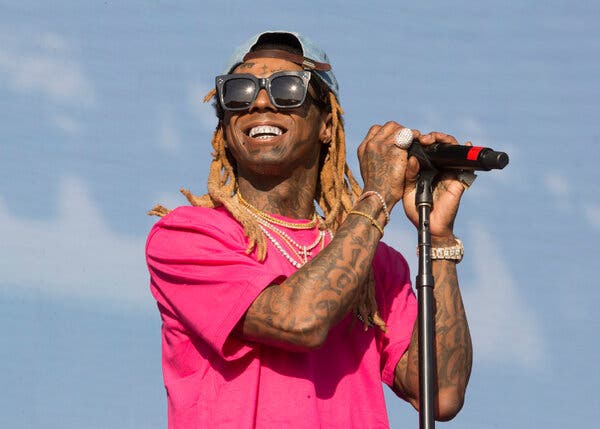 Another person under consideration for clemency is Sholam Weiss, the recipient of what is believed to be the longest-ever white-collar prison sentence, according to one person who discussed the matter with a family member and another person briefed on conversations in the White House.

Mr. Weiss was sentenced to more than 800 years in prison in 2000 for racketeering, wire fraud and money laundering related to an immense fraud scheme that siphoned $450 million from an insurance company, leading to its collapse. He spent a year on the run before being arrested in Austria and extradited to the United States.

Mr. Weiss has attracted support from people with ties to Mr. Trump, including the lawyer Alan M. Dershowitz, who represented Mr. Trump in his first impeachment before the Senate last year, and Brett Tolman, a former prosecutor who has worked with the White House on clemency requests and filed paperwork last month indicating he had been lobbying “seeking support for clemency” for Mr. Weiss.

Mr. Weiss’s supporters argue that his sentence is an example of the so-called trial penalty, where prosecutors offer less prison time in exchange for guilty pleas, then pursue much lengthier sentences at trial to punish those who turn down such deals.

A White House spokesman declined to comment on the prospective pardons.

Hanging over the process is the question of the president’s own potential legal troubles. Mr. Trump’s company faces a criminal investigation from the Manhattan district attorney’s office, which is examining whether the president and his company committed any financial or tax crimes in recent years. That investigation involves state law and would not be affected by any pardon the president might grant himself, which would apply only to federal law.

Two people close to the Trump Organization had wanted to see Donald Trump Jr. and Eric Trump receive pre-emptive pardons, believing they could face scrutiny from federal prosecutors going forward. But White House officials have argued against it, and Donald Trump Jr. has told associates that he did not want a pre-emptive pardon because he does not believe he needs one.

The president has been cautioned against pardoning himself by Mr. Cipollone and the former attorney general, William P. Barr. White House officials also believe that any consideration he is giving to granting himself a pardon could also turn more Republicans against him in his coming Senate impeachment trial.

Beyond the dramatic new precedent such a move would set, some Trump advisers are concerned that he would forfeit his Fifth Amendment rights against self-incrimination should he grant himself a pardon.

The Trump Organization’s finances are under investigation by the district attorney in Manhattan, Cyrus R. Vance Jr., who interviewed the president’s former personal lawyer Michael D. Cohen for hours last week, according to people briefed on the interview. Officials with the Trump Organization have called it a politically motivated fishing expedition.

Another pre-emptive pardon that was under discussion was for Allen Weisselberg, the chief financial officer of the Trump Organization.

Mr. Weisselberg, an accountant who began his career working for Mr. Trump’s father, was a central player in the federal investigation into Mr. Cohen. Federal prosecutors in Manhattan sought Mr. Weisselberg’s testimony before a grand jury as they investigated Mr. Cohen for helping to arrange illegal hush money payments during the 2016 presidential campaign to two women who said they had affairs with Mr. Trump.

Mr. Weisselberg testified, but on the condition that prosecutors give him immunity for his statements before the grand jury so they could not be used against him.

But after charging Mr. Cohen, the prosecutors came to question whether Mr. Weisselberg was entirely truthful about the Trump Organization’s role in the hush money payments, and they began scrutinizing whether he committed either perjury or obstruction of justice, according to people briefed on the matter. Nonetheless, prosecutors have never accused Mr. Weisselberg of wrongdoing.

However, Mr. Weisselberg, like Mr. Trump, is unlikely to receive a pre-emptive pardon, officials briefed on the discussions said, in part out of fear that Mr. Weisselberg may forfeit his Fifth Amendment rights against self-incrimination.

Then there are allies like Mr. Bannon, the president’s former chief strategist, who departed in a fiery burst of criticism about Mr. Trump and his family in 2017 but later came to defend the president again during his first impeachment trial. Mr. Bannon was indicted on fraud charges last year related to construction of a wall along the southern border in support of Mr. Trump’s immigration policies. He has pleaded not guilty.

A person close to Mr. Trump described a pardon for Mr. Bannon as a “coin toss,” but a White House official said it was unlikely to happen.

Mr. Giuliani, on his radio show on Monday afternoon, said: “I do not need a pardon. I don’t commit crimes,” though he asserted there was a risk that prosecutors “will try to frame me, like they tried to frame Donald Trump.” He added, “I’m willing to run that risk, and I’m willing to fight ’em by the law.”

He also pardoned four former contractors for Blackwater who were convicted in connection with a massacre of Iraqi civilians in 2007.