IT’S not an SUV. It’s not electric. And it’s certainly not trendy.

But it can do 75mpg. Has acres of space inside. And is comfier than a squidgy sofa.

Yes, my friends, the trusty Vauxhall Insignia is still with us.

You’d be forgiven for thinking big, sensibly-priced saloons were relics of the past.

You don’t see them advertised on the TV any more and they are usually tucked away in the corner of a showroom behind all the copy-and-paste crossovers.

But I like the Insignia. A lot. Especially as a diesel. It’s a smart long-distance cruiser for sales reps and families unimpressed by designer German brands. It’s also good for towing things.

Let’s start with that 75mpg.

That’s not some BS lab test — that’s real world on the M6, on Thursday. My testing also returned 52mpg on a mix of town and motorway driving.

That means it easily punches 600 miles on a tank. And you can do that in comfort without knackering your back.

You sit nice and low in this car, with lots of seat and steering wheel adjustment, and it has a chunky footrest and soft bits to rest your elbows.

Here’s something else that pleases: The cruise control goes up and down in 1mph increments, rather than chunks of five, like most other cars.

Not everyone wants virtual assistants

So, if you’re feeling really crazy on a quiet motorway in the dead of night, you could set the speed at 71mph or even 72mph and feel like you’re winning. Not that I would recommend that.

I also like the simple on/off switch for the intrusive self- centring steering. And the old-school dials. And the turn-key start. Not everyone wants virtual assistants and hand-gesture controls.

Yes, the 7in infotainment screen is about as sophisticated as a school calculator — but hook up your phone via Apple CarPlay or Android Auto and you are sorted. Google Maps is better than built-in satnavs anyway.

At this point I should mention there are lots of different engines and trim levels.

I drove the new 1.5-litre three-pot diesel first seen in the Astra. It’s light and clean and RDE2 compliant.

If you want more grunt, go for the 2-litre four-cylinder diesel with 174hp.

But if you really, really don’t want dino diesel, there are two new 2-litre petrols with cylinder deactivation. One is 200hp and the other is 230hp.

That 230hp engine is reserved for the all-singing GSi which is also AWD with upgraded suspension, Brembo brakes and a kit list as long as your arm.

Toys include head-up display and heated seats front and back. But all those add-ons will send the price soaring towards £40k.

That’s why I drove the entry-level SE Nav at £24k — I like value for money more than I do leather and gadgets.

COS I’M WORTH IT

STRIFE IN THE FAST LANE

How much are speeding fines in the UK? 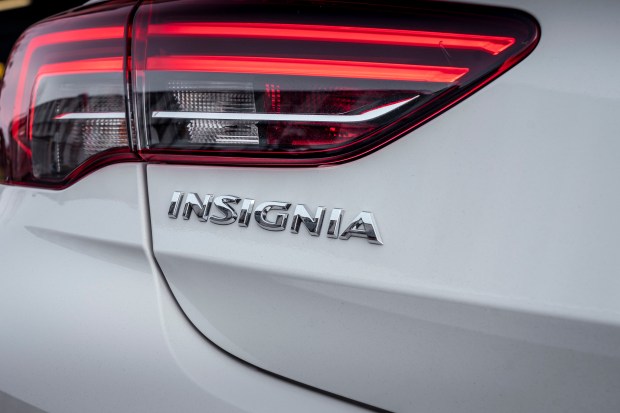