HOORAY! We finally know what women want in bed and guys – it’s not the size of the ocean, it’s the motion.

The study, published in prestigious science journal Plos One, surveyed more than 3,000 women from around the world to find out what they liked between the sheets. The eye opening results into female pleasure could revolutionise how we have sex and even close the orgasm gap.

Incredibly, a whopping 87.5 per cent of ladies said the key to mindblowing sex was Angling – this technique involves the woman rotating, raising or lowering the pelvis during sex.

Coming in second was Shallowing with 84 per cent of women saying they preferred sex not too deep.

And the research found women really do prefer being on top. Over three quarters (76 per cent) said being in control of the rocking motion was far more pleasurable than the jackhammer technique (no surprises here).

What’s more, when it comes to hitting the spot women want a helping hand.  Nearly 70 per cent of women like adding a sex toy for extra stimulation during sex, a technque scientists now call Pairing.

Researcher Dr Christiana von Hippel said: “We asked thousands of women what they do to experience more pleasure from sex and found there are four techniques that work for most women.

“We gave them descriptive names and created tasteful diagrams, animations and videos of women of all ages explaining their own experiences.

“We hope bringing this important knowledge out of the shadows into the light of day with clear language will empower women to better recognise, communicate and act on what they want.”

The study, conducted by the Indiana University School of Medicine, says it is the first time the techniques have been described in medical literature. 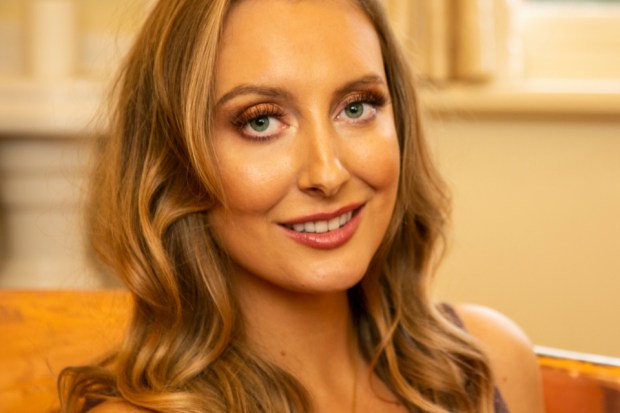 “ANGLING, pairing, rocking and shallowing? Not going to lie, I thought these were terms used for fishing when I first heard them. But they do make sense when you delve a little deeper. While the names may be new to me, most of the methods aren’t. Like most women, I’ll often tilt my pelvic in nooky to make it more enjoyable and will often add a sex toy to spice things up – or just if I’m feeling lazy.

And who knew hours of endless thrusting wasn’t that enjoyable? When I was younger – and I didn’t have the heart to tell them – this was most of my lovers’ go-to recipe when it came to sex and they’d often be stumped when it didn’t get results. Boys – a bit of thrusting is fine – but don’t expect fireworks with this form alone.

While I can understand the science behind most of the techniques, I do feel like a fish out of water when it comes to Shallowing. Personally, I prefer a little depth to my lovemaking but this research shows less is more for some women.

But one thing is for sure, this research could benefit generations to come and should be shown in secondary schools as sex education needs a serious upgrade.

We can’t expect men to know what to do in bed but thanks to boffins we finally have some names – albeit odd ones – to explain what we’ve been thinking all along – and that’s something to shout about.”

Dr Devon Hensel, a professor at the university who led the research says: “For the first time, we have detailed scientific data to understand the different ways that women experience more pleasure with vaginal penetration.

“This information can help us build a vocabulary to describe female pleasure that currently doesn’t exist.”

Researcher Dr Christiana von Hippel added: “When something doesn’t even have a name, it’s made literally unspeakable.

“Until now, there haven’t been words for the specific ways women improve their pleasure.

“By giving these prevalent techniques names and showing how they can be effective, we hope women will be empowered to explore what they like and advocate for what they want, in and outside of the bedroom.”

Here, we bring you the x-rated female sex techniques guaranteed to help you come together – in and out of the bedroom…

While most of us have not heard this called Angling before, we probably have elevated the goods during sex at some point to make it more pleasurable.

In layman terms, as it were, Angling basically means lifting and rotating the pelvis during sex.

This popular technique can lead to better and more intense orgasms and can make it easier for the guy to hit the spot.

The most popular – and comfortable way – to lift your pelvic during sex is by popping a pillow under your hips or stomach (depending on the position) to support you. This humble sex toy will make everything feel easier and better.

Fellas this may come as a shock to you but most women don’t actually like thrusting that much. This is because 75 per cent of women do not orgasm through penetrative sex alone.

But the research showed it’s actually all in the hips as women prefer rocking back and forth on top instead, controlling the speed and pressure.

What’s more, women said their chance of orgasming was higher in this position as their lady parts are more stimulated in this movement.

For the position the woman needs to be on top – either facing away in the cowgirl position or facing her partner in the traditional pose.

No this doesn’t involve putting your phone in bluetooth pairing mode but you could make your own blue movie using it.

This x-rated technique involves adding a sex toy or a helping hand to your session.

As women struggle to climax from penetrative sex alone it can be a great way to enchance your chances of orgasm and add a bit of a buzz between the sheets.

Sales of sex toys soared in the pandemic and now we know why.

The best sex position to incorporate a bit of foreplay at the same time are spooning (the guy behind you so he can reach you) and trusty doggy style – where the woman will be able to pleasure herself.

Or, simply pop a vibrating ring on your partner’s tackle and get on top. The options are endless!

What’s more, you don’t have to burst the bank buying one. You can pick one up for as little as £10 at your local supermarket or same the blushes and buy one online.

Perhaps the most surprising sex technique – and name – to come out of the survey. But Shallowing involves not going to deep during sex.

According to the research, women don’t like it and it can inhibit their pleasure, rather than enhancing it.

This could be because it can be painful or uncomfortable for some women – especially if your partner is well endowed.

If you want to control the angle, try the ‘hot seat’ sex position.

Ask your man to sit on a chair or the edge of the bed, then facing away from him sit between his legs, so your back is against his chest.

This puts you in the driving seat and you can control the angle, pace and depth of penetration by arching your back and lifting yourself up and down.

SO how much do the great British public know about the new terms. We took to the streets to find out . . .

Rocking: “Basically if you’re lazy and you don’t want to move?”

Angling: “Oh I know that one! Rotating around. I get that. Would I try this with a girl? Definitely. I’ll try anything once.”

Angling: “Flirting? Or maybe fishing for someone.”

Pairing: “It’s to do with threesomes?” Sex toys? I’ve been using them for ten years. You start off small and go from there.”

Shallowing: “Haven’t a clue. When they can’t take it all so you just give them a little bit?”

Pairing: “Two couples together? Every day is a school day. Maybe I’ll use them some day.”

Angling: “That sounds like something to do with fishing, maybe like an angler. I really have no idea.

NACAISHA, 31, is a hairdresser from West London. She said:

Pairing: “I have no idea. Oh, okay. I’ve never heard it called that before.”

Angling, “I’m rubbish at this: I don’t know anything! Is that when you put your leg up?”

I wore a C-cup my whole life, but I’m an H – how to check if your bra fits

“Pairing? I don’t know. Two people? Oh ok. I know what that is, but I had no idea it was called that.

“Rocking? Something like rocking back and forth? Oh..I think it should be called that.

“Angling? I have no idea. My English doesn’t go that far.”

I’m a 19-year-old traveller & my husband pays for my hair, nails & lashes- it’s traditional & he wants me to look good

I was an ‘unhinged’ ex girlfriend

What type of cancer did Norm Macdonald have?

The four sex positions guaranteed to drive women wild from…

Who is Adam Faze and how old is he?

Pisces weekly horoscope: What your star sign has in store…

What your zodiac sign has in store for you today