The Australia Letter is a weekly newsletter from our Australia bureau. Sign up to get it by email.

Ever since we opened a Sydney bureau in 2017, readers of The New York Times in Australia have been asking for a print edition — something they can hold and touch, something to put on their coffee tables or take to a cafe. Soon they’ll be getting a version of that. Not the print paper, not yet, but T Magazine.

Since 2004, The New York Times has published T, a glossy magazine that covers fashion, design, culture, travel, art, entertainment and beauty. It now has a readership of 1.5 million people in the U.S. and 510,000 internationally. Next month Australia will get its very own version of T, joining a growing group of licensed editions, which include China, Japan, Singapore, Qatar and now T Australia.

Katarina Kroslakova, who was previously the editor of the Australian Financial Review’s Life & Leisure and Luxury magazines, will serve as editor and publisher of T Australia. She decided to take this on, in part, because Australia has one of the largest audiences for The New York Times outside the United States.

“We’re an informed bunch, we’re addicted to our devices, and we take a keen interest in the world around us,” she said. “We love knowledge, debate, opinions, news, trends. And especially now, our global isolation makes us even hungrier for quality global content, so T Australia will aim to fill that gap.”

T Australia, she said, is the magazine that this country is missing: “It features both men and women’s fashion and style, food and wine, travel and architecture, entertainment and lifestyle.”

The print edition, which will publish quarterly, will feature a mix of feature reporting from the flagship U.S. edition as well as a significant amount of locally-produced content.

For those who care about restaurant reviews, yes, T will have those. I’m thrilled to be taking on the role of restaurant critic for the new magazine, which will feature a substantial Food & Wine section.

My approach to this work will differ significantly from my reviews and features in my Australia Fare column, which is geared toward the global New York Times readership (including our Australian readers, of course).

In my work for T Australia, I’ll be writing specifically for an Australian audience, and as such, my restaurant reviews will be much more traditional. In Australia Fare, I aim to showcase this country’s food culture to a wide audience. For T, I’ll be telling Australian readers where to eat (and where not to eat) all over the country.

I’m looking forward to writing just for Australians, and writing old-school restaurant reviews again. All suggestions are welcome — let me know what you’d like to see at [email protected]

As for the quarterly magazine, T Australia will launch on March 15 and will offer exclusive pre-order subscription options in the lead-up to the inaugural issue.

Now, here are this week’s stories: 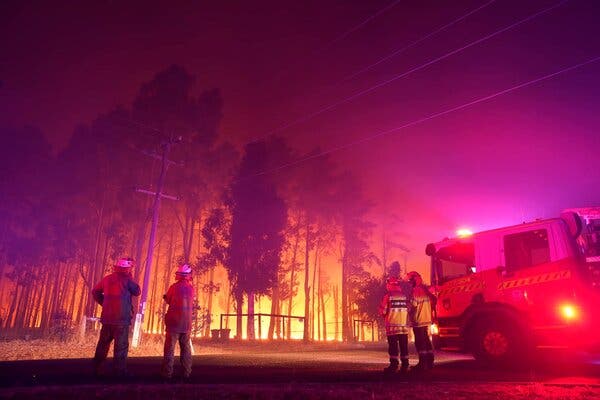 … And Over to You

Last week, we asked for your reactions to the possibility of a life without Google. Here are some responses:

“The plans of the Australian government to make Google pay for linking people to news media are typical of the technological illiteracy of the ministers involved — just look at the disastrous National Broadband Network, the Covid tracing app or the My Health Record.

“When we look up a topic on Google, we may or may not want the latest news on it — I may be looking for historical records, images, videos, stories and so on. If it shows me snippets of news stories, I will often ignore them and keep moving down the list, not least because the News Corp press, the ones most loudly protesting that they need more money, will offer nothing more than a paywall should I click on a link to their site.

“I would suggest that Google keep doing what they do best, but exclude links to any site that automatically takes the user to a paywall. Anyone who has subscribed to such a site already knows where it is and won’t need Google’s help to get there. As for the government, stick to what you know (if anything), and stay out of technology, which is certainly not your strong suit.”

“I am fine with shifting search engines to Bing, Ecosia, DuckDuckgo. As much as I love Google, their response to the Australian government is cocky, arrogant and threatening. I want democratic governments to make policy in the world, not billionaires.”

Enjoying the Australia Letter? Sign up here or forward to a friend.

For more Australia coverage and discussion, start your day with your local Morning Briefing and join us in our Facebook group.