“I can’t see!” the 57-year-old man bellowed. His wife and two of his adult children ran in and saw the man standing before a mirror. “If I cover my right eye, the top of my face just disappears,” he said. His wife grabbed his chin and looked into his eyes. They looked fine — no red, no tears, nothing visibly clouding his vision. He washed his eyes out; first with water, then with some over-the-counter eye drops. But the impenetrable gray cloud still blocked the upper half of everything he saw through the left eye.

Terrified, his wife rushed him to nearby Bridgeport Hospital in Connecticut. A doctor listened as he described how, while washing his face at the end of a long day, he glanced up to see a strange gray blob dominating the upper half of his vision. He could see around the edges; he could see below it; but that upper region was foggy, as if blocked by a heavily frosted window. He had a throbbing headache on the left side. And the left side of his chest hurt, too.

Few things focus the mind of a doctor as quickly as a complaint of chest pain. The words were hardly out of the patient’s mouth before a tech arrived to get an EKG, and blood was taken to look for a heart attack in progress. Both were unremarkable. The doctor examined the man’s eye. It looked completely normal.

A CT scan of the brain and its blood vessels showed no sign of a stroke. He would need an M.R.I. to rule it out completely. If not a stroke, this could be temporal arteritis (T.A.), an inflammatory disease that can destroy arteries in the eye and the brain. Blood tests were sent to look for that.

The next day, they had some answers — none of them satisfying. The M.R.I. was normal, so it wasn’t a stroke or a tumor. The tests for inflammation showed no evidence of T.A. His left-side headache could have been a migraine, which can cause a transient loss of vision. Yet when the headache resolved, his blindness remained.

A painless loss of vision can originate in the brain; somewhere between the eye and the part of the brain where images are processed, something is injured. But imaging seemed to rule that out. Was it in his eye? This hospital couldn’t answer that question. They didn’t have the equipment needed to fully examine the patient’s eye. To get that kind of testing, he would have to go to an ophthalmologist. An appointment was made and the patient discharged.

The very next day the man’s wife took him to the office of Dr. Jay Wang, a newly graduated retinal specialist at Yale New Haven Hospital. The patient told his story, and Wang reviewed his records. Then his eyes were dilated, examined, photographed and examined again. He was injected with a bright yellow dye, called fluorescein, to highlight the smallest vessels in the eye so they can be photographed. Finally, after hours of testing, the patient was brought back to the first exam room.

The walls of the tiny room were covered with images, which, Wang explained, showed the inside of the patient’s eyes and the cause of his cloud. A clot from somewhere in the body had traveled through the bloodstream and lodged in one of the tiniest arteries in his eye.

Wang pointed to a picture that showed all the blood vessels in the man’s eye — tidy lines emerging from a central opening then zigzagging across the screen, getting narrower as they went along. Here is your right eye and all its vessels, the doctor explained. They’re perfect. Not so the vessels of the left eye. Even the patient could see the difference. One line was irregular — dotted with thick bright spots in some places and nearly invisible in others. It was one of the arteries supplying blood to the fovea, the part of the retina providing the clearest vision. The irregularities come from tiny clots that starved the tissues of needed blood — a stroke in the eye. This, Wang said, was why the man couldn’t see. 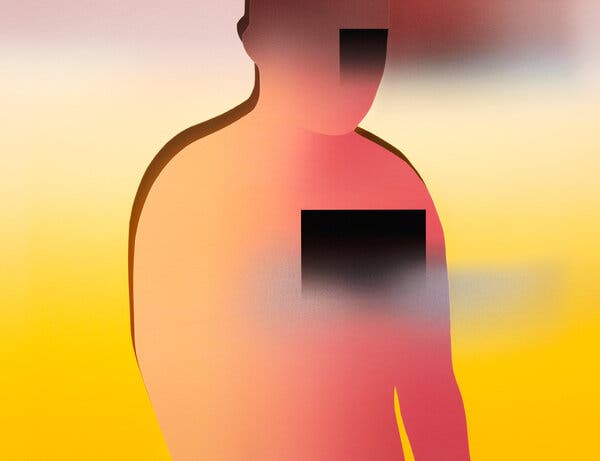 Looking for the Source

Amazed by the detailed pictures before him, the man asked if the clots could be taken out. They couldn’t, Wang told him; what was done, was done. But it was essential to find out where those clots came from or it could happen again. Blood clots like this usually come from either the heart or the arteries that lead from the heart to the brain and eye. The CT done in the hospital showed his carotid artery. No clots there. They would need to look in the heart. But, Wang added, in up to 40 percent of strokes, the source of the clot is not found.

The most effective way to see the heart in action is with an echocardiogram, Wang told the man. Most of the time, the echo will be normal. Still, if something shows up, it’s often important information.

A second stroke is most likely within a few days of the first. This patient was still inside that window. Wang sent the patient to the emergency room at Yale New Haven Hospital and sent a note to the attending physician on duty. It seemed clear to him that this was indeed a kind of emergency.

Joshua Hyman was a fourth-year medical student just starting an ultrasound elective in the E.R. The attending physician, Dr. Karen Jubanyik, suggested that he see this new patient who was there for an echo. Jubanyik gave the student a quick rundown of the case. Hyman introduced himself to the patient, then asked if it would be OK if he took a look at his heart. It wouldn’t be the official echo, Hyman told the patient, it was just a way for him, a student, to learn.

The patient agreed, and Hyman rolled the bulky machine into the tiny cubicle. He squirted gel onto an ultrasound probe and placed it a couple of inches below the patient’s left clavicle, just past the sternum, in the space between the third and fourth rib. He was still learning this technology, but he loved the way it could give you information about what was going on inside a patient’s body faster and sometimes better than just about anything else. Normally with the probe in this position, you see the light gray muscles of the two chambers on the left side of the heart squeezing around a dark center of black that is the blood — it’s the best way to see the business side of the heart, where blood from the lungs is injected into the bloodstream.

What he saw instead took his breath away. In the middle of the dark pools of moving blood was an enormous bright ball zooming back and forth across the screen with every heartbeat. What was that? Hyman froze the picture and took a measurement. A normal heart is about the size of a fist. This flapping circle was kiwi-size.

He excused himself and hurried out of the cubicle. He found Jubanyik. “I’m not sure what I saw, but I think this man has a myxoma,” he said excitedly. A myxoma is a rare, slow-growing tumor, usually found in the heart. She asked the student to show her. They hurried to the patient’s side, and the student showed her the moving mass. You need a heart surgeon, Jubanyik told the patient after explaining what they saw. He was lucky. This tumor had probably been growing for about 20 years. The irregular surface on many of these growths allow blood to pool and form little clots. The wild swinging movement can launch these tiny projectiles with any beat. So far, all he had lost was some vision. The thing had to be excised before he lost anything more. These tumors often make themselves known through a heart attack or, as was the case with this patient, a stroke, but the growing mass can sometimes get large enough to completely block blood outflow, causing sudden death. In any case, for those young and strong enough to withstand surgery, immediate excision is the recommended treatment.

The man was admitted to the hospital, and the mass was removed three days later. It was a big operation and left him with a long scar down the middle of his chest. All this happened this past September. These days he feels well enough to exercise again — though lifting heavy weights is still out. His eyesight still isn’t perfect, but it’s better than it was. The brain has a way of making do with what it has.

Wang followed the care the patient received. He was amazed by what was found in the E.R. and gratified by the successful surgery. “As an ophthalmologist,” he told me, “I’m used to saving vision. It’s not every day you get to save a life.”