Two years after dipping their toe in English soccer, the N.F.L.’s San Francisco 49ers have doubled down on their bet.

The 49ers on Monday announced that they had increased their ownership stake in the Premier League club Leeds United to 37 percent from 15 percent, a move that further embeds American interests in the world’s richest soccer league.

Paraag Marathe, the 49ers executive who has held a seat on the Leeds United board since San Francisco’s initial investment in 2018, will become vice chairman of Leeds United, whose majority owner will remain Andrea Radrizzani, the Italian entrepreneur. The 49ers and Leeds United did not provide financial details of the deal to increase the N.F.L. team’s ownership stake, though it is likely to represent a significant premium on the amount the 49ers spent in 2018, when Leeds was still playing in England’s second-tier Championship.

In an interview with the Italian newspaper Corriere della Sera in July, Radrizzani boasted that his initial investment in Leeds of 100 million pounds (about $140 million) had tripled in value. If the club remains in the Premier League, he predicted its valuation could double again in the next three years.

The deal with the 49ers also ends speculation about potential new investment in Leeds. Over the past year, Radrizzani openly talked about selling off more of his ownership stake in Leeds, a team he is hoping to return to its former status as a major player in English soccer.

Marathe, whose duties with the 49ers include oversight of the team’s outside business ventures, told The New York Times in July of the 49ers’ wish to increase their investment in Leeds, and to complete a deal as quickly as possible.

While a deal is now done, it was not quick, smooth or simple, Marathe said, because of complications created by the coronavirus pandemic.

“I’ve been doing deals my whole career, and it’s always easier to have a meeting of the minds when the minds are actually physically next to each other, so that, first and foremost, made it very complicated,” Marathe said in a video interview in which he was joined by Radrizzani.

Radrizzani confirmed he had talked to other parties about investing in Leeds United, including the Qatari owners of Paris St.-Germain, the perennial French champion.

The 49ers’ new commitment to English soccer underlines the growing synergy and potential for growth that the owners of N.F.L. franchises see in English soccer. The Glazer family, which owns the Tampa Bay Buccaneers, has controlled Manchester United since 2005; Arsenal is backed by the Los Angeles Rams owner E. Stanley Kroenke; and Fulham, which like Leeds United won promotion to return to the Premier League for this season, is owned by Shahid Khan, who also owns the Jacksonville Jaguars. Liverpool, the reigning Premier League champion, is controlled by Fenway Sports Group, owner of baseball’s Boston Red Sox. Crystal Palace and most recently Burnley have also attracted American investment in recent years.

“I can’t really speak for other American owners and what they’re doing, but for us it’s about synergy and partnership,” Marathe said. “Whatever sport it is, it’s still operating under the same premise: You have media rights, you have ticket sales, you have commercial, hospitality and you have your players. Everything is the same.” 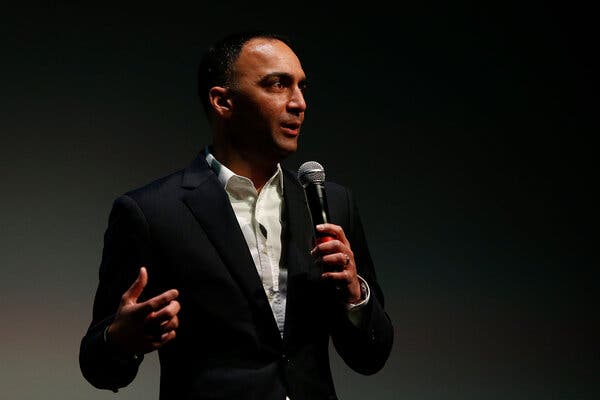 The 49ers’ plan in increasing their stake, Marathe added, is to bring the team’s N.F.L. experience to bear on Leeds’s operations on and off the field, through shared proprietary analytics tools to best practices on management and staffing.

Leeds, back in the Premier League after a 16-year absence marred by sporting and financial failures, has won plaudits for its swashbuckling, front-foot style of play under its Argentine coach, Marcelo Bielsa. But it remains some distance from recapturing the days when it was in the mix for the championship year after year.

In its preparation for its return to the elite, Radrizzani said, Leeds spent the sixth-highest amount on securing new talent during the last off-season. That spending will continue, and be supported by the investment from the 49ers, Marathe said.

“If we are able to stay in the Premier League, after two or three years I think this club could step up to be in the group of three or four clubs next to the big ones,” Radrizzani said, picking out Leicester City, the unheralded team that went from relegation danger to Premier League champion in the space of a year in 2016, as a trajectory he would like to emulate. Since Leicester’s title victory, its Thai owners have invested in new players, coaches and infrastructure to maintain the club’s place in the upper reaches of the league.

“Our model, I think, is Leicester City,” Radrizzani said. “We have shared this a lot internally. If there’s a club I admire for what has been done in terms of football management, it’s Leicester.”

Having completed the stake sale, Radrizzani acknowledged that he was now considering adding to his own portfolio, perhaps by buying other European soccer teams. The idea, he said, would be to find opportunities that would allow Leeds to develop players at smaller clubs, or to invest in larger ones that would allow him to develop their sporting and commercial models in concert with those at Leeds United.

He said he would not consider, however, emulating Manchester City’s model of multiple-club ownership, with teams spread across multiple continents. Radrizzani said his sole focus would be on Europe.

The relationship between Radrizzani and Marathe has grown to the point that the 49ers executive has come to refer to the Italian as his “brother.” Before the pandemic, Marathe was a frequent visitor to Leeds with Jed York, the 49ers’ chief executive, and an early riser to watch its games from his home in California.

Not being able to travel to Leeds’s Elland Road stadium to witness the final weeks of the team’s promotion to the Premier League did not dull Marathe and the 49ers’ intent on following through with an expanded investment. Neither did the financial losses Leeds United has endured as a result of the pandemic, which Radrizzani estimated to be roughly 40 million pounds ($55 million).