Wembley descended into a warzone at the Euro final — when 2,500 ticketless, drunken thugs stormed the stadium.

Terrified families called security for the showpiece event a shambles, with fights breaking out around the ground.

Britain’s F1 ace Lando Norris was also mugged for his £40,000 watch after the game with Italy — England’s biggest since 1966.

Players’ families were caught up in skirmishes, children were    left in tears, a female security guard was trampled and a disabled entrance stormed.

Last night, there were calls for the FA, which owns Wembley ­stadium, to step up security, amid fears any bids to host future World Cups would be harmed.

Fans who paid £900 and more for tickets then found yobs in their seats refusing to budge.

A source said: “All the players had their kids in there. It was ­terrifying. The wives, girlfriends and children were all crying. There were a couple of fights.

“None of the relatives or friends had seen anything like this before. They arrived to find seats taken by fans without tickets. And they were rude and really aggressive.

“It got really nasty and was very upsetting. There were not enough stewards and no police in sight.”

Rugby star Mike Tindall, 42, and his royal wife Zara, 40, saw two men fighting near their seats — so the burly World Cup winner stepped in. One fan suffered a ­broken nose, with Princess Anne’s daughter Zara mopping up blood from her seat with a hankie.

A source said: “At least one of the fans didn’t have a ticket. Mike was trying to break up the fight.”

After the game, motor racing ace Lando was ambushed by yobs as he got into his £165,000 McLaren GT supercar. He was then grabbed by one while another tore off his prototype Richard Mille watch.

An eyewitness told The Sun: “Lando was held and another ­robber pulled off his watch in a split second. Lando looked pretty shaken up. Security had been a nightmare all night.”

He had earlier posted a photo of himself at the game for his 3.4million online followers. A spokesman for his McLaren team said he was “understandably shaken”.

One said: “Analysis of video footage shows around 2,500 ticketless yobs storming in. But, the fact is, the stadium is not policed because Wembley won’t pay the bill for it. Security is left to poorly paid stewards to deal with and they were totally overrun. Serious questions need to be asked.”

Thugs circulated pictures of match tickets and Covid-negative test barcodes before the kick-off to trick and overwhelm staff.

Once past Covid screens, they gathered in large groups and charged over barriers, knocking aside anyone in their path.

One video shows scores clambering through and sprinting to the entrance as a female steward falls screaming to the floor.

Another obtained by the Sun shows disabled access doors being breached by dozens of male and female gatecrashers.

A man was also seen being repeatedly kicked in the head and body after falling to the ground.

At one point, a frustrated fan turns on stewards standing by and shouts: “Do your f***ing job!”

Ex-footballer Lee Ebden, 37, now a consultant, took his 66-year-old dad John to the game, paying more than £800 each.

But they were shocked to see mobs storming a disabled entrance then found groups of ticketless fans all around them.

Lee, of Macclesfield, said: “I’ve never felt so scared or ashamed as I was at Wembley at what should have been a great night. The ­stewards and police completely lost control — to call it an horrendous shambles is a complete understatement. As I went through the turnstile, a bloke in an England shirt tried to squeeze in with me. They were all doing it.”

Tory MP Alec Shelbrooke warned of repercussions for future tournaments. He said: “Fifa will be watching these scenes carefully and taking a very dim view. I hope those who instigated it are met with the full force of the law.”

The Met Police reported at least 86 arrests in London, including 53 at Wembley, for ABH, drunk and disorderly behaviour and criminal damage. A total of 19 officers were also injured, with Police Federation chairman Ken Marsh calling the scenes a “national disgrace”.

Boris Johnson’s spokesman said: “Those scenes were unacceptable and we condemn violence, anti- social behaviour and abuse in the strongest possible terms.”

The FA said it would carry out a full review and apologised to law-abiding fans for the “unprecedented level of public disorder”. The Met promised to “actively pursue and investigate offenders”.

Final was a dangerous experience 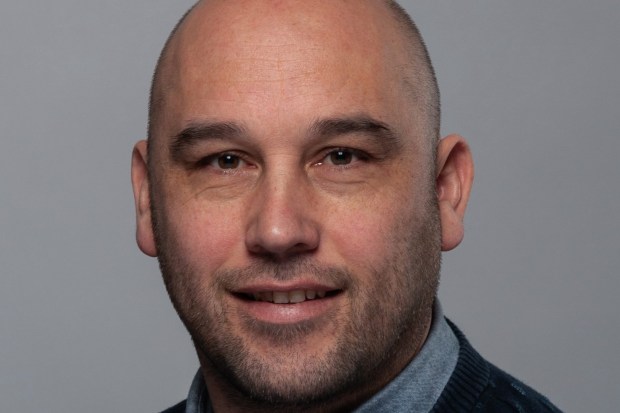 ENGLAND has a new generation of supporters — drunk on lager, crazed on cocaine and set on unleashing maximum violence.

What I witnessed on Wembley Way was like a trip back to the thuggery which dogged English teams in tournaments in the ’80s.

The launching of bottles and cans. Jumping on top of vans and stalls, trying to smash in roofs.

Then, finally and shamefully, the storming of the gates of the stadium — putting thousands of decent ticket-holding fans at risk.

Having attended hundreds of games at home and abroad, this was one of the most dangerous experiences I’ve had in football.

By 1pm, seven hours before kick-off, those on Wembley Way were putting their safety at risk.

The crossroads by the BoxPark was the first danger zone. Thousands were crammed in there, and nearly all thought it funny to send missiles of bottles and half-full lager cans through the air, seeing if they could take some unsuspecting soul down.

How they laughed, those idiots, climbing lampposts, lighting and throwing flares.

By 3pm, I witnessed thugs sniffing cocaine. Scores of bottles and cans fizzed through the air. Fights broke out down side roads. Families cowered and hurried by.

Up by the stadium, thousands were drinking, throwing and celebrating when others were hit.

The gates opened and all hell broke out. The disabled section inside the stadium suddenly filled with aggressive idiots. Punters were shoved out of their seats.

My memories of the biggest day in England’s football history for 55 years? Six hours outside full of menace, broken glass, bloodied bodies, fear among fans. Four hours inside of embattled stewards and frightened families.

And a relief that a real tragedy had not befallen us.