ARGUMENTS over whether or not Pluto is a planet have raged for decades among scientists and casual space fans alike.

The icy world was the last “planet” in our solar system to be discovered but was downgraded to the status of dwarf planet in 2006.

Is Pluto a planet?

Pluto was discovered in 1930 and was originally celebrated as the ninth planet of the Solar System.

Scientists have, however, argued for years over the precise classification of Pluto and whether or not it is worthy of being a “proper” planet.

From 1992, astronomers began discovering objects of a similar size or larger on the edge of the Solar System.

This led experts to question whether Pluto was a planet, or just one of a number of icy objects orbiting the outer reaches of our star system.

Why did Pluto get downgraded from a Planet?

The International Astronomical Union (IAU), the group that decides on names for planetary bodies, updated its rules for defining a planet in 2006.

In defining a planet, the IAU said it had to be a celestial body that orbited the sun, is round or nearly round – and here’s the important bit – “clears the neighbourhood” around its orbit.

According to the IAU, Pluto was simply too small to achieve the last part, which essentially means it can knock other space rocks and debris out of its path as it goes around the Sun.

The body then demoted Pluto to the status of dwarf planet. 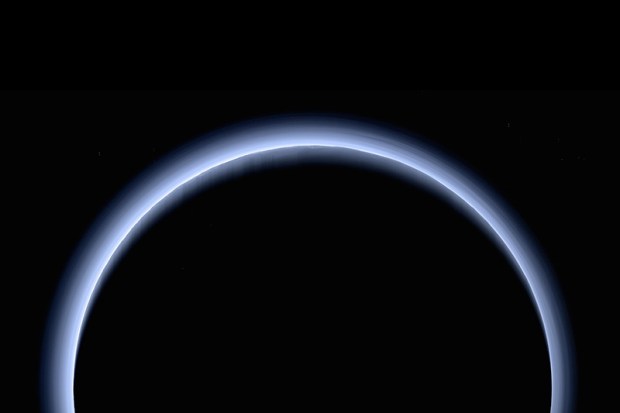 Here’s what you need to know, according to Nasa…

Why are scientists calling for Pluto’s planetary status to be reinstated?

Recent research published in the scientific journal Icarus, says Pluto never should have been downgraded from a planet to a dwarf planet.

Lead author on the study, Philip Metzger, a University of Central Florida planetary scientist, said IAU’s definition of a planet is a “concept that nobody uses in their research”.

Metzger’s team looked back over more than two centuries’ worth of research and only found one study from the 19th century that used the IAU standard.

He points out that the standard used to classify planets changed in the 1950s on the basis of the work of astronomer Gerard Kuiper.

Kuiper stated the real determining factor on whether or not an object is a planet or not depends on how the celestial body was formed.

Metzger also believes a planet should also be defined on whether or not the body is large enough that its gravity allows it to become a spherical shape.

NASA video reveals what landing on Pluto looks like

“That’s not just an arbitrary definition. It turns out this is an important milestone in the evolution of a planetary body, because apparently when it happens, it initiates active geology in the body.”

But the two scientists who spearheaded the downgrading are not impressed and have accused those who want Pluto become a planet again of clutching at straws.

One of them, planetary scientist Mike Brown of Caltech, is so adamant his Twitter handle is @plutokiller.

The AIU said it was happy for the controversy to be debated within the organisation.

The group’s representative Lars Lindberg Christensen said the way to do that was to bring up a motion with the group and it would be debated.

But he added no proposal so far had been submitted.

He said: “It is nevertheless good and healthy to debate these topics.”

MOTION IN THE OCEAN

KHAN YOU BELIEVE IT?

Genghis Khan died of the PLAGUE 800 years ago, scientists reveal

Alien life could exist on Mars just below the surface, scientists believe

In other news, Nasa is set to land an alien-hunting rover on Mars this month.

A Full Moon could be giving you a worse night’s sleep, according to a new study.

And, dead alien civilisations could be littered all over our galaxy, according to a new study.

Do you think Pluto should be classified as a planet? Let us know in the comments…

We pay for your stories! Do you have a story for The Sun Online Tech & Science team? Email us at [email protected]sun.co.uk