HONG KONG — Racked by cold and dizzy with vertigo, Lai Chi-wai struck his helmet again and again to stay alert.

On he went, pull after hand-searing pull, as he tried to scale a Hong Kong skyscraper by rope while seated in his wheelchair.

At 800 feet, though, the gusts grew stronger, relentless. The wheelchair began to spin. Mr. Lai, a former champion rock climber who had never been afraid of heights, began to fear for his life.

After swinging in the wind for nearly an hour, he called off the climb, just short of his goal. He was overwhelmed with disappointment. But in the process, he had inspired a city wearied by political turmoil and an unrelenting pandemic, and raised more than $700,000 for charity.

During an interview on Monday, Mr. Lai, 38, watched workers remove the ropes and anchors he had used for his climb along the glass facade of the 1,050-foot Nina Tower — a building as tall as the Eiffel Tower — two days before.

“Looking up, I can see the adverse conditions I faced, and feel the fear and helplessness as I was suspended midair,” he said. “I also saw how close I was to reaching my goal.”

Mr. Lai said he had exceeded his own expectations of his strength, resilience and decision making during his 10-hour ascent. Still, he said, “I didn’t expect that I would be unable to finish, when there was still some strength left in my body. I have no excuses to give as an athlete.” 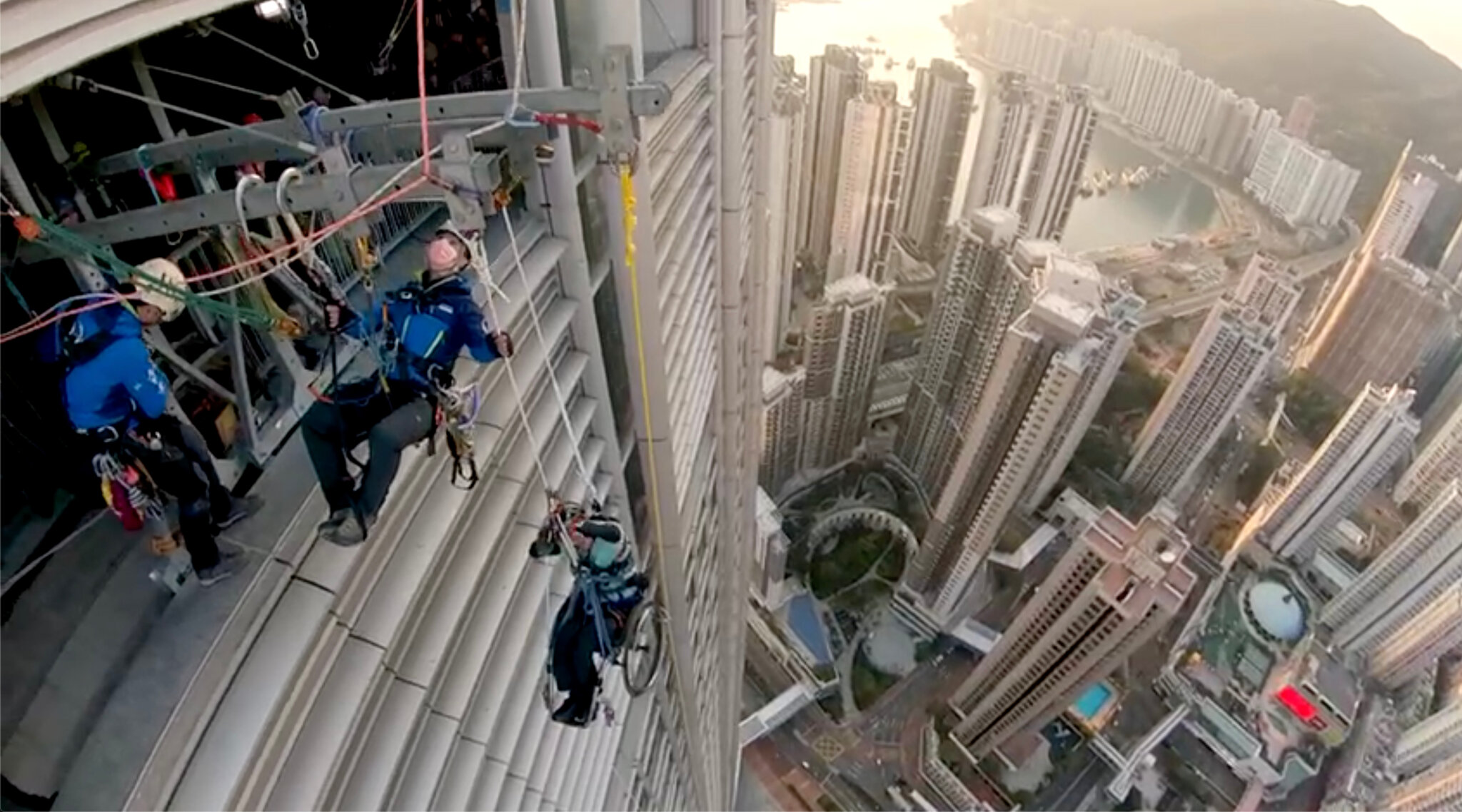 Lai Chi-wai reached a height of about 750 feet after climbing a Hong Kong skyscraper for about seven and a half hours on Saturday.CreditCredit…By Ignite Community Services

Mr. Lai is a four-time winner of the Asian Rock Climbing Championship and once ranked eighth in the world in the sport. He became paralyzed from the waist down after a car accident nine years ago.

Determined to keep climbing, he ascended Lion Rock, a steep mountain ridge that represents Hong Kong’s spirit of resilience amid adversity, in his wheelchair in 2016.

A skyscraper became his next target. He sought, as he put it, to “express the Lion Rock spirit in an urban jungle,” by “climbing up continuously.”

He began his ascent Saturday morning under blue skies and gentle breezes. But by midafternoon, strong winds were tangling the ropes he used to climb. His wheelchair rocked to and fro, sometimes threatening to ram into the building.

He climbed another two dozen stories as the gusts continued to blast in bursts of five to 10 minutes, pausing to untangle the ropes. 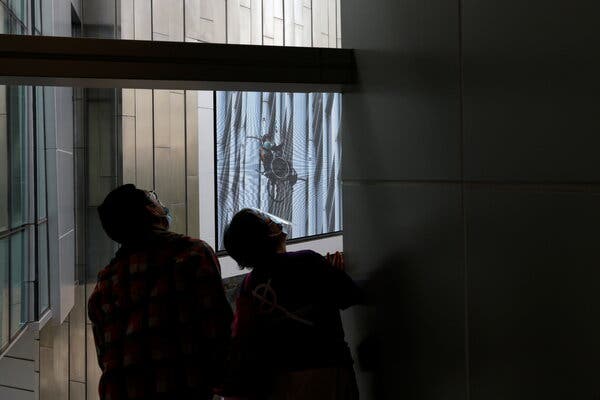 Watching Mr. Lai as he climbed the tower. Mr. Lai’s effort has raised more than $700,000 for charity.Credit…Tyrone Siu/Reuters

At 800 feet, as the wind whipped him relentlessly, his arms cramped and his bandaged fingers smarted from blisters. He also felt his body temperature drop. A team of supporters and rescuers sent him messages on his walkie-talkie asking whether he wanted to stop.

Days after he called time on the effort, he said, scenes of the climb still filled his head, keeping him awake at night. Back at the skyscraper on Monday, his fingers were raw, so he used only the tip of his thumb to spin the tires of his wheelchair.

As of Monday, his efforts have helped raise $735,000 to fund research on a robotic exoskeleton for patients with spinal cord injuries.

Well-wishers showered him with praise online. But what many saw as an unimaginable feat of endurance still carried, for him, the sting of an unfulfilled dream.

“I can only accept this version of events,” he said. “But as an athlete, I don’t know if this is the best ending. I don’t have closure yet. I’m still looking for answers.”