Hank Aaron, whose death at 86 was announced on Friday, was the home run king for 33 years. His final total of 755 can be quoted by nearly anyone who follows baseball — it is a number considerably more well known than the actual record, 762, which is held by Barry Bonds. But Aaron’s accomplishments on the field extended far beyond his home run total. 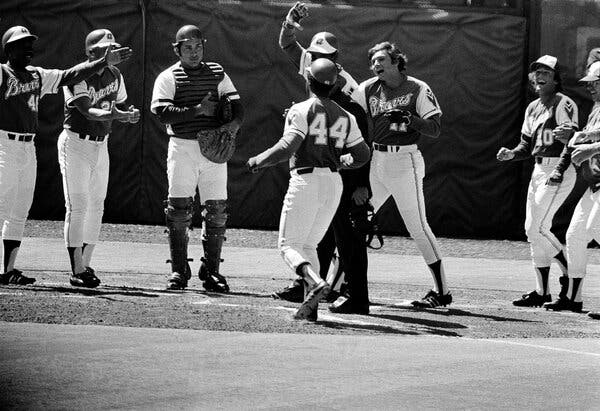 In addition to his 755 career home runs, Aaron is fourth on the career list with 2,174 runs scored.Credit…Harry Harris/Associated Press

In 1974, Aaron connected for his 715th home run, passing Babe Ruth for first place on the career list. He held the record until 2007.Credit…Jr. Joe Holloway/Associated Press

Aaron wasn’t a spectacular fielder, but he was consistent. He has the 10th most putouts of any outfielder.Credit…Robert Houston/Associated Press