Craig Spence has no doubt that the shot he hit into the 18th green in the final round of the Australian Masters in 1999 was what granted him entry into the lucrative world of international golf, with its larger purses and equally attractive appearance fees.

That shot set Spence up for a putt to beat Greg Norman, who at that point had twice won the British Open, and Spence did it in their home country at its most important tournament.

“I hit the perfect shot, four feet behind the hole,” he said.

When he made the putt, for a birdie and the win, invitations to play on the Asian and Japan tours, the PGA Tour and the European Tour came pouring in.

Those were great, but it was the appearance fees from sponsors for top international players and up-and-coming ones like him that made a few of the long trips easier to make. Those fees eased the pressure on Spence to cover the costs of bringing his caddie, coach and family members to tournaments.

“Now you’re teeing it up and playing for free,” said Spence, who now teaches golf in Western Australia. “You’re not going to lose anything if you don’t play well.” 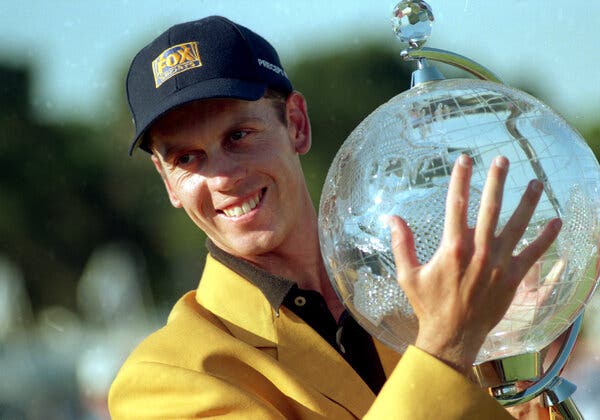 In 1999 Craig Spence won the  Australian Masters and moved into the echelon of elite golfers offered appearance fees.Credit…Jack Atley/Getty Images

Paying players to fly to a professional golf tournament might seem unnecessary. But it’s an old practice used even in events where the winner receives millions of dollars and where an also-ran can make tens of thousands.

And coming out of 2020, when professional golf events after March were largely closed to fans because of the pandemic, those fees have become more important this year and are an integral part of a tournament’s marketing budget.

Without marquee players, fewer fans will watch at home, further worsening the return for sponsors. As one agent pointed out, if viewership numbers were down, sponsors would be even more concerned with their marketing spending than they were now.

The European Tour’s swing through the Middle East is known for using appearance fees to build top-notch fields. Those tournaments include the Abu Dhabi HSBC Championship, which starts Thursday, followed by events in Dubai, Saudi Arabia, Oman and Qatar, with prestige falling by the last two events.

The reasons for paying fees are many. Without them, some top players won’t attend and the strength of the roster falls, which reduces the number of points available for the world golf rankings. That can further keep top players away. Sponsors, doling out millions of dollars, want to guarantee a strong field.

Top players, who are mostly based in the United States, often want to avoid the travel and instead play in the early events on the PGA Tour, in Hawaii and California. They also have other commitments to schedule around.

“Players typically commit to play 35 weeks, which leaves you 17 weeks a year off, or for holidays or sponsor obligations,” said Nick Biesecker, a longtime golf agent. “Time is your most valuable commodity. It has to be lucrative to carve out a week.”

Of course not all of the top players are being paid to play, and those who are receiving fees don’t exactly advertise it.

The Abu Dhabi HSBC Championship is attractive. In addition to an $8 million purse, it offers a lot of world-ranking points because of the top players in the field. This year is the first time that Justin Thomas, world No. 3, will play the event, and Rory McIlroy will return to the tournament for the first time since 2018.

Appearance fees like those for a player of Spence’s caliber — one with a significant victory who could be poised for more — make up a good portion of an event’s marketing budget. Sponsors want stories to tell.

The fees vary widely. They could simply cover a player’s airfare and accommodation or add a bit more to cover the caddie’s base rate — around $1,500 to $2,000 a week — and travel for some additional family members. Or the fee could be a fixed amount from $50,000 to $100,000, with travel expenses included on top of that.

The best players can receive fees of more than $500,000, though sometimes those payouts are structured as a guarantee against any winnings in the event. Players like Dustin Johnson, ranked No. 1 in the world, have received more than $1 million to play in an event.

Tiger Woods was paid a $3 million fee to play in the 2013 Turkish Airlines Open. He finished fourth but made more than double what the winner, Victor Dubuisson,earned with a $1.1 million first-place check.

In 2013, Tiger Woods was paid $3 million to play in the first Turkish Open, and in a promotion for the event hit balls to Europe from Asia on the Bosporus Bridge.Credit…Bulent Kilic/Agence France-Presse — Getty Images

Paying these fees makes sense, particularly in a pandemic when tournaments are being played without fans. No fans means no sponsor tents to entertain high-profile clients, which means there is no way to introduce clients to players the company sponsors or has paid to come to dinner. Luring high-profile names to an event at least increases the television audience and raises the tournament’s profile for an event’s sponsors.

“When you’re trying to sell sponsorships, you need to have the best field possible,” Biesecker said. “If you have to load some pockets up to have that field, that’s what you do. Sometimes the sponsor says I want this guy to come, and here’s the money for it.”

He said he had negotiated appearance fees for Stuart Appleby, an Australian golfer with multiple wins, Jhonattan Vegas of Venezuela, and Lexi Thompson, the L.P.G.A. star, when a South Korean tournament wanted her to play.

The fees can create perverse incentives. They can make players who might otherwise have been in the field not want to play without a fee.

“Once you allow this to happen, except for the major events, everyone has to pay people to show up,” said Craig Garthwaite, professor of strategy at Northwestern University’s Kellogg School of Business. “You can scale back and say I’m going to shift more of the budget to appearance fees than prize money. But in that setting, big stars still win no matter what.”

As for stopping the practice, Garthwaite said it’s hard to do.

The European Tour does not pay professional golfers to play in its events. But it does not prohibit tournament promoters from doing so. Some events on the Asian and Japan tours also pay players. By contrast, the PGA Tour specifically prohibits paying players to come to a tournament. But sponsors have other ways to entice them.

The John Deere Classic, played in Silvis, Ill., is held the week before the British Open. The tournament has a chartered jet waiting for the player who wins to fly directly to the United Kingdom. Anyone else playing in the tournament who is going to the Open can also get on board, paying a fee that goes to the event’s charitable arm.

Other events, one agent said, routinely pay players to give a talk at the tournament or to play with clients at another course during that week. Airfare and other expenses are covered.

And then there are sponsor obligations. There is a reason Johnson and most everyone else sponsored by the Royal Bank of Canada plays the RBC Canadian Open, even if it comes right before the United States Open.

To Garthwaite, the economist, it’s all about the intrinsic value of an event. The higher the value, the less need for appearance fees. “The Masters is not paying people to come to play,” he noted.

When Spence was having top-five finishes on every major tour in 2000, it was before Johnson, McIlroy and Brooks Koepka. He remembers it well, though, particularly one tournament in Japan.

“It’s an amazing week of your life,” he said. “They look after you.”