The European Tour will start its new season this week with the Abu Dhabi HSBC Championship at the Abu Dhabi Golf Club in the United Arab Emirates. The tour will have 42 events in 24 countries, capped in November by the DP World Tour Championship, Dubai.

The HSBC championship, which has been held at the same course every year since 2006, is one of four tournaments in the Rolex Series.

Here are five players to watch:

McIlroy, 31, of Northern Ireland, is due. His last victory came at the WGC-HSBC Champions tournament in Shanghai in the fall of 2019. It was the same year he captured the PGA Tour’s FedEx Cup for the second time.

Last year wasn’t one of McIlroy’s best. He recorded a number of very good rounds, but the problem was being able to put four of them together in the same week. 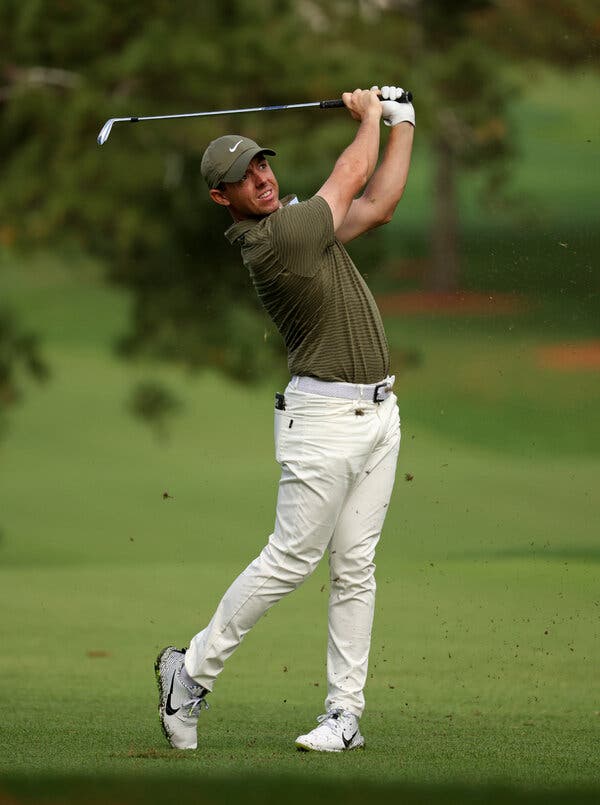 A good example was the Masters in November. Over the last three days, McIlroy shot 66, 67 and 69, one stroke lower in that span than the champion, Dustin Johnson. McIlroy, however, had started the tournament with a three-over 75. It was simply too much ground to make up.

McIlroy, who was ranked No. 1 in the world before the pandemic, hasn’t won a major since 2014. Currently No. 6 in the rankings, he can achieve the Grand Slam with a victory in April at the Masters.

Thomas, 27, ranked No. 3 in the world, will be playing for the first time in Abu Dhabi. He is one of the favorites every time he tees it up. He won three tournaments last season on the PGA Tour and now has 13 victories in his career.

About two weeks ago, at the Sentry Tournament of Champions in Hawaii, Thomas finished third, shooting a final-round 66. His most costly mistake came when he bogeyed No. 17, as he finished one shot out of the playoff between Harris English and Joaquin Niemann.

Justin Thomas at the Sentry Tournament of Champions in Hawaii.Credit…Cliff Hawkins/Getty Images

Thomas’s strong play at the tournament was overshadowed by his use of an anti-gay slur after missing a putt. He later apologized.

In his three previous European Tour starts, his best finish was a tie for eighth at the 2018 HNA Open de France.

Westwood, the defending champion and European Tour Golfer of the Year in 2020, is still quite capable at the age of 47.

In last year’s event at Abu Dhabi, he held off Matthew Fitzpatrick, Tommy Fleetwood and Victor Perez to win his 25th European Tour victory. The wins have come in four separate decades.

Westwood, the former No. 1 player in the world, will also have an opportunity this week to improve his chances of qualifying for the 2021 Ryder Cup, which will be held in Wisconsin.

He has been a member of the European team 10 times, starting in 1997, and only Nick Faldo has appeared in more matches.

A blemish in Westwood’s career is the lack of a major championship. He has come close with nine top-three finishes. In the 2019 British Open he finished in a tie for fourth.

Westwood has been an excellent ball striker for many years. His short game, however, has not been at the same level.

Fleetwood, No. 19 in the world rankings, is also still chasing his first major title. He has been in contention on several occasions. In the 2018 United States Open, he fired a final-round 63 to finish one shot back of the winner, Brooks Koepka.

In 2020, Fleetwood finished four times in the top three. Nonetheless, he knows the year could have been much better.

“There are areas of my game where I felt I struggled,” he said. “My long game wasn’t up to the standard I feel it has to be.”

Even so, making the Ryder Cup team is well within his sights.

The event, Fleetwood said, “is something you never want to miss again.” Fleetwood was 4-1 for the European team in 2018.

Another goal is making it to Tokyo.

“The Olympics is an occasion that I want to experience and represent my nation,” he said.

Fitzpatrick ended the 2020 season with a striking victory at the DP World Tour Championship, Dubai. Tied for the lead heading into the final round, he birdied five of the first seven holes, prevailing by a shot over Westwood. It was his sixth European Tour triumph and first since the 2018 Omega European Masters.

The win in Dubai couldn’t have come at a better time. In his prior 10 tournaments, he’d missed four cuts.

“It was definitely great to get another win under my belt after so many second-place finishes over the last two seasons,” Fitzpatrick said.

“I think any win or good result gives you some confidence, so hopefully I can carry the momentum into 2021. I’d say on the weeks leading up to the event I did some great swing work with my coach, Mike Walker, and that definitely showed.”

Matthew Fitzpatrick at the BMW P.G.A. Championship in October.Credit…Paul Childs/Action Images, via Reuters

Over the years, Fitzpatrick, No. 17 in the world, has revised his view of the Abu Dhabi course.

“When I first came out on the European Tour, I kind of thought that it didn’t suit my game,” he said. “My perception of it was that it was a bomber’s paradise, but since then it’s kind of proved my theory wrong.”