TAKE my money now. This very cool, very modern and very yellow little gem is an all-electric Renault 5 with a Google brain.

And, just like the original 5 from the Seventies and Eighties, Renault promise most of us will be able to afford it.

I don’t normally talk about design — that’s your department.

But those swollen wheel arches are clearly a nod to the old rocket-boot Renault 5 Turbo and please me greatly. The upright rear lights are also classic 5, as is the off- centre bonnet vent if you know your French onions. Except, this time round, the air vent is a charging flap.

I’m expecting Renault to roll out a family of 5s — including posh limited editions with fashion brands and a rapid Alpine 5.

The regular 5s will come in two battery sizes: 22kWh for people who stay local and are happy to recharge every 140 miles or so; and 52kWh to cover you for 245 miles non-stop.

That’s going on today’s figures. Renault has been working on EV tech for more than ten years and battery range and efficiency will only increase in the future as price drops.

As for Google, Renault has done a deal to use its software in its cars from 2022. Good move. Volvo and Polestar use Google and it is miles better than anything else out there. The all-electric Megane will have it first.

In all, Renault has promised seven new electric vehicles in the next five years and there’s talk of bringing back the “4” nameplate too.

Budget brand Dacia is to launch an XL-sized Duster called Bigster. Daft name but it looks proper, and it will be hybrid.

Alpine will become 100 per cent electric and has already promised a hot hatch (Alpine 5), a sporty crossover and a new sports car co-developed with Lotus. The Renault F1 team has been renamed Alpine and Renault Sport cars will be merged into Alpine.

Finally, Groupe Renault’s mobility brand Mobilize is working on a new two-seat Twizy with glass doors called EZ-1. It is made from 50 per cent recycled materials and is 95 per cent recyclable. You’ll be able to hire one like a Boris bike.

All very good but just gimme 5.

IN FOR THE LONG HAUL

Can I drive during coronavirus lockdown? Car travel rules explained 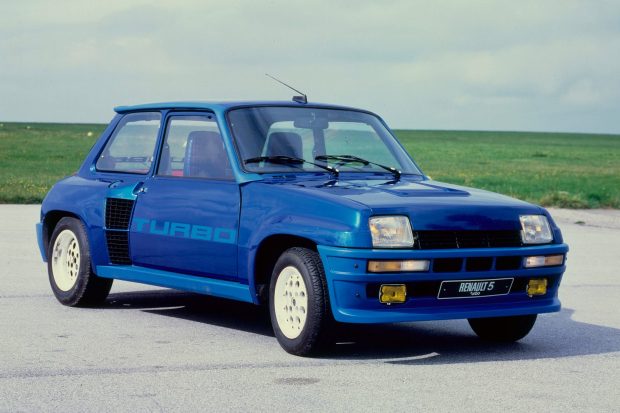 FOR those too young to remember, the original Renault 5 was a game-changer. Cool and classless like a Mini but way more practical. Sales topped 5.5million before it was replaced by the Clio. My brother had a Gordini Turbo but the spectacular mid-engine Turbo 2 was the daddy.

Sales topped 5.5million before it was replaced by the Clio. My brother had a Gordini Turbo but the spectacular mid-engine Turbo 2 was the daddy.