SINGLE pensioners will need a pension pot of £123,000 just for basics when they retire – and as much as £305,000 to be able to take holidays, new research shows.

This is on top of the state pension, typically around £155 a week, people get from the age of 66, this week’s report from Which? says.

The message is that we need to be saving more — both ourselves and via contributions from our employers.

But the Government must make it easier for us to keep a track of savings and what we will be worth at retirement, the consumer watchdog says.

OAPs need an income of £13,000 a year to have enough for “essentials”: Food and drink; mortgage or rent; bus fares or petrol; energy and phone bills; and clothing.

To buy an annuity — a monthly pension payment lasting until death — to top up the state pension to that amount, you would need £123,000 in savings.

Couples who both get a state pension and can share key costs like housing need less in private savings — but still big sums. To have enough for essentials, a couple needs £47,000 saved up between them for an income of £18,000 a year. To be comfortable, it jumps to £265,000 for the £26,000 a year Which? calculated.

For a “luxury” retirement — featuring long-haul holidays, fancy meals and a new car every five years — the figures are eye-watering. Single pensioners would need a pot of £671,000, couples £757,000 to buy an annuity to top up state pensions.

As well as buying an annuity, retirees can do an income drawdown. In this case, pensioners take money out as a monthly or yearly income but keep the rest invested, usually in the stock market or bonds, so it can carry on growing in value.

Which? calculates people will need slightly lower amounts for this method since the pot can keep growing in value so long as the stock market doesn’t crash. Which?

Money editor Jenny Ross said: “Most people will need to be putting away significant sums if they want to ensure they can enjoy a comfortable retirement.

“But many do not have access to the information they need to help them plan. The Government must move swiftly to introduce the pensions dashboard and simplify annual benefits statements.

“This will enable people to understand how much they have saved, what this could be worth in retirement and, crucially, extend its proposals to include how much savers have paid in charges.”

Now Which? is calling on the Government to press ahead with reforms to provide savers with better information about their pensions. Key to this is the so-called pension dashboard.

This gives savers access to all their pensions information — combining pots with different employers and their state pension — in one place. Which? says the Department for Work and Pensions should move forward with plans to shorten and simplify annual benefits statements, which can currently run to 20-plus pages. As part of this, it wants clear information about costs and charges in one simple, personalised figure.

To come up with the report, Which? surveyed nearly 7,000 retirees in February about their spending to develop retirement income targets for one-person and two-person households. 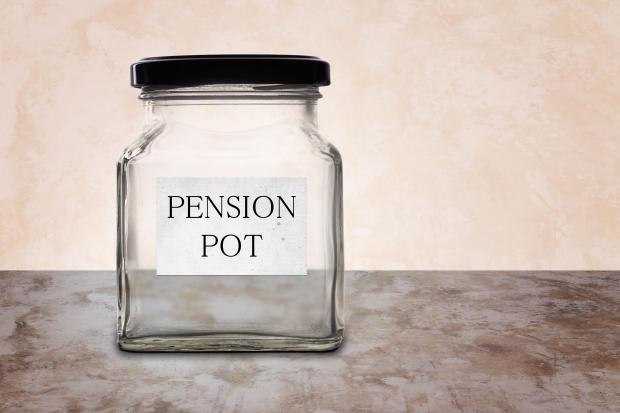 Savers might feel a more worthwhile investment would be paying for financial advice with a regulated, independent adviser.

If you are currently paying into a pension, you can take out up to £500, free of tax charges, to pay towards financial advice.

MOBILE THAT TURNS INTO PC

NEED a decent Android phone – but also need a laptop for occasional use?

This handset with a quirky feature that turns it into a PC might be for you.
Motorola’s G series has made its name with low-priced phones with decent features.

The new G100 is a whole different beast. At £449.99 it’s in the mid-range price bracket with top-end features to rival Apple or Samsung. On contract it is about £30 a month.

But that price is pushed up with a special dock for Motorola’s new Ready For You platform, so you can use it like a computer on a TV or monitor. That’s right, you can link up a keyboard and mouse and turn it into a mini-PC or use the G100’s camera for video calls.

Plug the phone into the dock and it starts automatically. There’s no need to use an app. You then get a standard PC-like experience on your telly. You do need a mouse and keyboard for serious work.

The Ready For feature will appeal to those who want a fast phone with a decent camera, but don’t want to splash out on a laptop. But it’s not as good as a dedicated laptop.

Like flagship phones it has a dizzying array of different lenses in the camera. The main camera has four lenses. The main snapper has 64MP, basically taking photos made up of 64million dots.

There’s a 16MP wide-angle one for landscape shots and 2MP depth-sensor used for the artistic portrait photos, which can also be used as a macro for close-up shots. The fourth helps with focusing. Plus the new Dual Capture video mode is aimed at social media fans. Make a video and it records using the rear and selfie cameras at the same time to film your reaction to what you are filming.

Monster meal contains 12,000 calories but it’s FREE if you can eat it in 40mins

The G100 is one of the first phones in the world to use the latest Snapdragon 870 5G chips – basically a really fast brain to power games, apps, photos and web access.

Motorola is hoping the Ready For You feature will lure in those who like multi-tasking, but it would be good if they also sold it for £100 less without the dock for those who just want a cracking value phone.

MOBILE phone masts located at seaside resorts have been boosted to cope with the number of Brits taking staycations. EE, the UK’s biggest network, has increased capacity in places such as Blackpool, Bournemouth and Brighton in anticipation of a bumper staycation summer.

They have upgraded the 4G network, so more people can connect at the same time, and have rolled out the faster 5G. When places are crowded with people, there is a risk that phone masts cannot cope with all the phone use.

This can be a problem in quiet areas where there is a sudden influx of people, such as stadiums and beaches. Marc Allera, of BT’s Consumer division, which works with BT-owned EE, said: “With many seaside locations expecting a particularly busy summer season, we’re pleased to be providing improved coastal connectivity.

“The network upgrades will help ensure our customers stay connected this summer, even at the busiest times. Improvements to our 4G network, alongside the continued rollout of our 5G network, will help people make the most of their time at the coast.

“It will also provide a valuable lifeline for emergency services should an emergency occur.”

Improvements to a further 16 locations will follow later this summer.

Martin Lewis explains how some people with a severe mental impairment are entitled to a Council Tax discount
Related Topics: