GOT a new OLED TV or about to buy one? We’ve got some tips on what to watch.

Here’s a quick guide to OLED, including how it works, why it’s so good, and what you’ll want to watch first.

What is an OLED TV?

On a standard television or smartphone, you’ll have an LCD (or liquid-crystal display) screen.

This means your screen contains loads of tiny crystals, which are illuminated by a giant backlight at the back of your telly or phone. When the crystals light up, you see an image – and that’s television!

But OLED screens work in a slightly different way.

OLED stands for organic light-emitting diode, and it’s a way of describing the type of screen on your TV or phone.

It’s basically an organic compound that emits light when you pass an electric current through it.

This means your OLED screen doesn’t need a big old backlight, because the pixels on your screen light up on their own.

Is OLED better than a normal TV?

The simple answer is yes.

For a start, they’re much more power-efficient. That’s because you’re not paying to power a huge backlight that sucks up loads of energy.

But the lack of backlight also means that OLED screens can be much thinner.

The big advantage of OLED is the picture quality improvement.

On OLED screens, individual pixels can be turned off completely, or dimmed significantly, so you’ll see much more accurate blacks during dark TV or movie scenes.

You can get great OLED TVs from the likes of LG and Panasonic, or a similarly high-quality QLED screen from Samsung.

Best movies to watch on an OLED TV – 4K, HDR and more

There are loads of great movies to watch on an OLED TV.

Generally you’ll want to be looking for 4K and HDR content, to make the most of the tech on your screen.

Here are some movies to look out for…

Gravity – Anything set in space is great on an OLED due to the enhanced blacks you’ll see. Gravity is a must on OLED, though it might be even more terrifying…

Star Wars – Any of the recent Star Wars films – including the main trilogy and spin-offs like Rogue One – look fabulous on OLED. The Last Jedi is a particular treat.

Blade Runner 2049 – This movie has brilliant cinematography and is a total treat for the eyes.

Moana – This iconic Disney flick is hard evidence that even animation is wildly improved with an OLED screen. It’s gorgeous!

Mad Max: Fury Road – This movie is as much about the visuals as it is about the storyline. Well worth a watch on OLED.

Avengers: End Game – Almost anything by Marvel looks fantastic on an OLED, simply due to the effort that goes into the visuals. This is a particularly stunning movie, and a great watch generally too.

Spider-Man: Into the Spider-Verse – Another great animation for OLED with a very unique style to boot. Plus, it’s a cracker of a story!

The Revenant – There are dark scenes aplenty, but you’ll also enjoy the exceptional details in the whites of this frosty Leo action-drama epic.

Interstellar – Like Gravity, Interstellar benefits from OLED due to the darkness of space. A real visual treat.

Planet Earth 2 – We hardly need to include it on the list…but some of the world’s best filmmakers capturing ultra-rare footage of wild animals is an obvious choice for your new OLED telly. 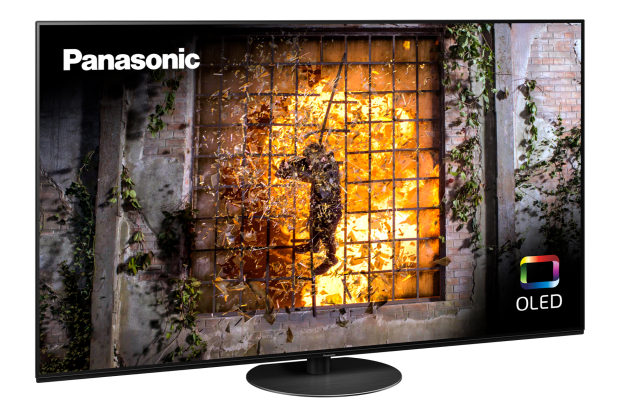 The Sun uses a Panasonic 65HZ1000 to test PS5 and Xbox games, new streaming apps and devices, and new types of content:

What is Robinhood and how can I buy stock through the app?

In other news, The Sun’s favourite alternative to a games console is the Oculus Quest 2 VR headset.

Grab a VR headset and you’ll be able to play the legendary Beat Saber – like Guitar Hero, but with lightsabers.

And Dell’s Alienware R10 Ryzen Edition is a gaming PC powerhouse that crushes both the new consoles.