On a crisp afternoon in November, Teresa Bautista ventured into Van Cortlandt Park in the Bronx, N.Y., on the lookout for feces. It didn’t take long for Ms. Bautista, 17 — and, to her chagrin, her white Puma shoes — to hit some serious pay dirt.

Speckled all across the park’s grass was the greenish glint of goose droppings, which Ms. Bautista eagerly swabbed and swirled into a tubeful of chemicals. “This was my first time digging into poop,” she said. “It was really fun.”

Ms. Bautista was after more than just bird excrement. Teeming within it, she hoped, were swarms of infectious viruses ready to spill their genetic secrets and, perhaps, help young scientists like her stop future pandemics.

Over the next few months, Ms. Bautista and four other New York area high school students will continue to gather samples from the city’s birds as a part of the Virus Hunters program, hosted by the nonprofit science outreach organization BioBus. Their goal is to catalog the flu viruses that often lurk in urban fowl, some of which might have the potential to someday hop into humans.

The surveillance program, which was developed in partnership with virologists at the Icahn School of Medicine at Mount Sinai, is one of several outreach efforts that have emerged in recent years to equip young scientists with hands-on experience in outbreak preparedness — a quest that has only gained urgency since the new coronavirus started its tear across the globe.

For many months to come, Covid-19 will continue to shutter schools and thwart attempts to gather. The changes have forced educators and researchers to change their teaching tactics. But several groups have met the challenge head on, not merely weathering the pandemic’s inconveniences but transforming them into opportunities for scientific growth.

In Cambridge, Mass., a team of computational biologists designed an outbreak simulation that eerily portended the stealthy spread of the coronavirus and is now fighting the spread of Covid-19 in real-time. In Tucson, Ariz., an immunologist has led an effort to include young, underrepresented scientists in microbiology research, even while the pandemic rages on.

And in New York, where Ms. Bautista is nurturing her love for virology, the effects of these efforts are already starting to take shape. That foraging trip to Van Cortlandt Park, she said, wasn’t just her first experience sampling feces: “It was the first time I actually felt like a scientist.”

Viruses of a feather

The Virus Hunters program was borne of a collaboration among BioBus, a wildlife rehabilitation center called the Wild Bird Fund and a group of researchers led by the Mount Sinai virologist Florian Krammer. Flu viruses are fairly cosmopolitan pathogens that are capable of jumping into a wide range of animals, including birds, and changing their genetic material along the way. Only some of these viruses pose a possible threat to people, Dr. Krammer said. But which ones? Researchers won’t know unless they check.

“There is very little information on influenza circulating in birds in New York City,” Dr. Krammer said. “I wanted to know what’s in my backyard.” 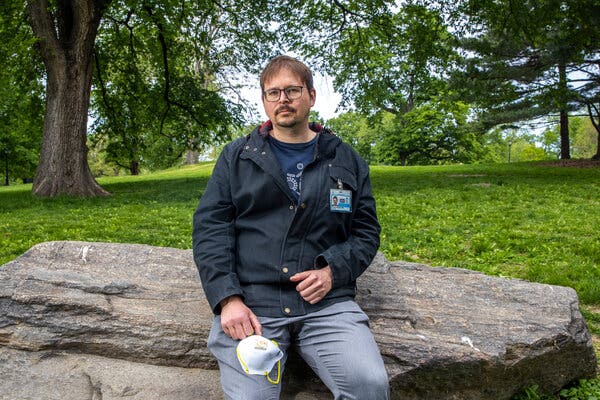 The project was awarded funding in early 2020, said Christine Marizzi, the chief scientist at BioBus. Weeks later, the coronavirus began to pummel the nation, and the team was forced to shift their plans. But Dr. Marizzi, who has long specialized in community-based research, was undeterred. For the remainder of the school year, the team will train its virus hunters through a mix of virtual lessons, distanced and masked lab work, and sample collection in the field.

It is a welcome distraction for Ms. Bautista, who, like many other students, had to switch to remote learning at her high school in the spring. “When the pandemic hit, I felt really helpless,” she said. “I felt like I couldn’t do anything. So this program is really special to me.”

A thousand miles south, the students of Sarasota Military Academy Prep, a charter school in Sarasota, Fla., have also had to make some drastic changes since the coronavirus made landfall in the United States. But a select few of them may have entered 2020 a bit more prepared than the rest, because they had experienced a nearly identical epidemic just weeks before.

These were the graduates of Operation Outbreak, a researcher-designed outreach program that has, for the past several years, simulated an annual viral epidemic on the school’s campus. Led by Todd Brown, Sarasota Military Academy Prep’s community outreach director, the program began as a low-tech endeavor that used stickers to mimic the spread of a viral disease. With guidance from a team of researchers led by Pardis Sabeti, a computational biologist at Harvard University, the program quickly morphed into a smartphone app that could ping a virtual virus from student to student with a Bluetooth signal.

Sarasota’s most recent iteration of Operation Outbreak was uncanny in its prescience. Held in December 2019, just weeks before the new coronavirus began its rampage across the globe, the simulation centered on a viral pathogen that moved both swiftly and silently among people, causing spates of flulike symptoms.

The students in each simulation, partitioned into roles in government, public health, medicine, the military and the media, had to scramble to adapt and work together.

Bradford Walker, a junior at the academy, said he felt “really confident” going into the simulation as an eighth grader in 2017. “I was like, ‘We’ll get this together, no problem.’”

But the moment the campus’s outbreak began, “everything became a mess,” Mr. Walker said. Panic ensued; protests flared up; Nerf-gun shots were fired. Media personnel stalked and pestered Mr. Walker, who was acting as a government official. “It was very reminiscent of real life,” he said.

Students with the Sarasota Military Academy Prep “rescued” an ill student to triage as part of the school’s Operation Outbreak program.Credit…Becky Morris

Surrounded by a real pandemic, Mr. Walker often thinks back to his Operation Outbreak days. The program gave him an inkling of what a true viral outbreak might bring, he said. But he’s been unnerved by how wholly unprepared the world was for the coronavirus.

“The coronavirus is a wake-up call,” he said. “We have to be ready for this kind of stuff.”

Operation Outbreak was slated to run several in-person courses in 2020, until an actual pandemic intervened. But Dr. Sabeti and her colleagues have been building online tools, curriculums and games that can bring the lessons of their program to anyone who wants them.

After some careful finagling, the team was also able to engineer a handful of in-person outbreak simulations at college and high school campuses, using an updated version of their smartphone app. One simulation, run over Halloween weekend at Colorado Mesa University, followed a group of more than 350 students as they mingled during their normal routines. Unsurprisingly, an increase in interactions fueled the spread of the fictional virus — the same dynamic that was causing outbreaks of Covid-19 on campus that same semester.

The Operation Outbreak app has since grown more sophisticated. As part of the simulations, users can now toggle their epidemics to include diagnostic tests, masks, vaccines and other public health tools that curb and monitor the spread of infection. Eventually, schools and other organizations might be able to use the simulations as guides as they prepare to reopen for business.

“Beyond being an education tool, it’s a tool to get real-world data,” Dr. Sabeti said. “It’s an exercise in preparing public health teams.”

In Arizona, the microbiologist Michael D.L. Johnson has also taken advantage of the pivot to virtual learning prompted by the pandemic. Last summer, he led an effort to enroll 250 students from underrepresented backgrounds in the National Summer Undergraduate Research Program, or NSURP, matching them to more than 150 mentors with expertise in microbiology.

All the projects were remote. But, Dr. Johnson said, that obstacle likely also created opportunities for students who might otherwise have been excluded from science because of geographical or socioeconomic restrictions. And mentors who had old data sets lying around, or heavily computational projects that needed an extra pair of hands, found themselves partnered with eager new collaborators.

“The pandemic has made us adapt,” Dr. Johnson said. “We’re learning that there are some better ways of doing this.”

Some NSURP students even had the opportunity to better understand the coronavirus that had upended their summers. Emy Armanus, now a freshman at the University of California, Irvine, was paired with Suhana Chattopadhyay, an environmental health researcher at the University of Maryland School of Public Health, and spent the summer investigating how the use of nicotine products can worsen cases of Covid-19.

“It definitely made me more knowledgeable about the pandemic,” said Ms. Armanus, who is interested in pursuing a career in medicine. “This program was a great way to discover myself.”

The pandemic has altered just about every aspect of daily life. But Dr. Marizzi of BioBus said students should still feel empowered to engage in scientific discourse — something that sorely needs a new generation of diverse and enthusiastic voices.

For Ms. Bautista, the budding virologist in New York, the Virus Hunters program is bound to leave a lasting impression. Already, she has learned the basics of how viruses infiltrate hosts and how to coax intact genetic material out of cells — and, of course, to never again wear white shoes on a field survey.