BRITAIN is bouncing back as families go out spending their lockdown savings — and big firms are now stepping in to help with free money.

Here are some of the best offers — so long as you were planning to buy stuff anyway.

AMERICAN Express is bringing back its Shop Small Summer offer, giving members £5 credit when they spend £15 at small businesses.

The offer used to run at Christmas, but was used during the Covid restrictions last summer.

For three weeks from June 5 to June 25, Amex cardholders get a £5 statement credit when they spend £15 or more at participating small businesses. The offer can be used up to five times per card and once per store.

Businesses signed up include pubs, restaurants and cafes as well as pet shops and independent clothes stores.

Amex was once known for exclusive cards with high annual fees, but now does a range of free ones that come with a raft of perks, including free air miles or cashback on spending.

THE new loyalty scheme from Virgin is proving a real rival to Nectar and Clubcard.

Taking out a new account with Virgin Money earns 15,000 points, plus air miles – when we can fly again – with Virgin Atlantic.

But there are deals with shops and other firms you will be spending with. Get between two and ten points per £1 spent at stores.

There is no official £ value for points, but they roughly equate to one point being 1.2p – so about £16.20 if you were to buy those trainers.

‘Ultimate goal is flight to NY’ 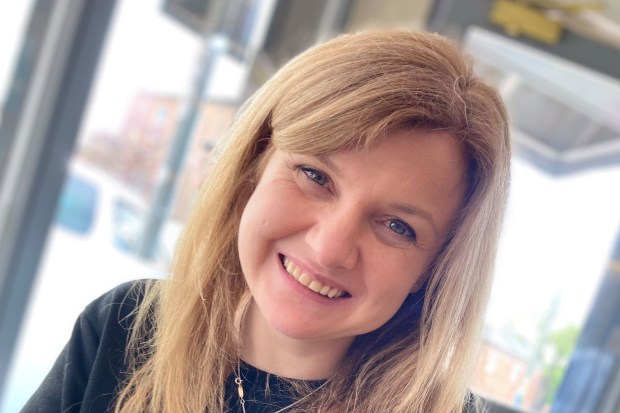 CLARE Needham, 40, who works in pharmaceuticals, used Virgin Red to buy stuff for herself, her husband Chris, 41, and their two boys Charlie, five, and Jack, one.

Clare, from Wallingford, Oxfordshire, said: “Remember to use the Virgin Red app. If you click through you get 4 points for £1. I spent £30 and got points for something I was buying anyway. It’s points for nothing.

“I go on Etsy, an online marketplace for crafts. It’s just 1 point per £1 but if you send as many cards as I do then it all adds up.”

GET £6 extra when you buy £50 Amazon Top-Up credit by midnight tomorrow.

It is automatically added to your balance, which is basically a personal gift card.

It is handy for families where different members use the account and parents want to avoid the need for card details.

The balance can be used any time over the next ten years – so consider the £6 free, as long as you are going to spend the £50 at some point in the next decade.

Google “Amazon top-up offer” and you will find a link to the site to check your eligibility.

You’ll qualify as long as you have bought something from Amazon in the past 12 months but not topped up the account balance over the past three years.

SPENDING at Sainsbury’s, Argos, eBay and Esso racks up Nectar points which can be redeemed at these same stores and more.

Earn one Nectar point for each £1 spent but look out for promotions where you can earn more.

Customers with lots of spare Avios can use Nectar to convert them into grocery money or coffee at Costa.

PUBS are open and it’s great to sit in a boozer again, but we can’t afford it every night.

Now, Tesco, Asda and Sainsbury’s are all running a similar deal – buy six bottles of wine and get 25 per cent off. It covers fizz, too.

Mansion on sale for £1.95m has SEVEN living rooms, a cinema & tennis court

Best Bank Holiday sales including up to 70% off at Currys, Boots and ASOS

At Asda, you can mix or match any of the bottles in the selection, which includes brands such as Yellow Tail, Martini, Oyster Bay and Freixenet.

Under the offer, you can get a bottle of Nicolas Feuillatte Brut Champagne for £15 , saving you £5 on the full price of £20 if it is one of six bottles.

All three are running the deals until midnight tomorrow (Monday). If it’s part of a delivery, you need to take account of delivery costs, which can vary from £1 to £7 at Sainsbury’s.